“Climate change is now affecting every country on every continent. It is disrupting national economies and affecting lives, costing people, communities and countries dearly today and even more tomorrow. Weather patterns are changing, sea levels are rising, weather events are becoming more extreme and greenhouse gas emissions are now at their highest levels in history. Without action, the world’s average surface temperature is likely to surpass 3 degrees centigrade this century. The poorest and most vulnerable people are being affected the most.”
(UN Sustainable Days, SDG 13)

Affordable, scalable solutions are now available to enable countries to leapfrog to cleaner, more resilient economies. The pace of change is quickening as more people are turning to renewable energy and a range of other measures that will reduce emissions and increase adaptation efforts. Climate change, however, is a global challenge that does not respect national borders. It is an issue that requires solutions that need to be coordinated at the international level to help developing countries move toward a low-carbon economy.

To strengthen the global response to the threat of climate change, countries adopted the Paris Agreement at the COP21 in Paris, which went into force in November of 2016. In the agreement, all countries agreed to work to limit global temperature rise to well below 2 degrees centigrade. As of April 2018, 175 parties had ratified the Paris Agreement and 10 developing countries had submitted their first iteration of their national adaptation plans for responding to climate change.

To know more about our initiatives in response to the threat of climate change, check out the articles below. 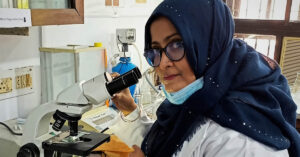 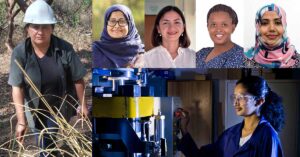 Meet the winners of the 2022 OWSD-Elsevier Foundation Award

As we experience dramatic changes to our ecosystems worldwide, six women from developing countries are being recognized for innovative research ...
Read More 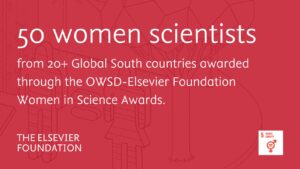 Helping elevate the careers of over 50 women researchers, the partnership has recognized prize-winning science from more than 20 countries ...
Read More 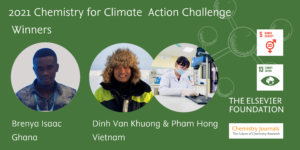 Rice for face masks and coconuts for building material? Eco-solutions for sustainable development

The winners of the Elsevier Foundation Chemistry for Climate Action Challenge share their innovative approaches to waste and recycling. The ...
Read More 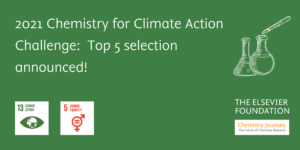 We believe that chemistry plays a critical role in developing a sustainable future. Chemists have a special responsibility to develop ...
Read More

Thank you for participating in the Elsevier Foundation Chemistry for Climate Action Challenge! The first stage of the submission process ...
Read More 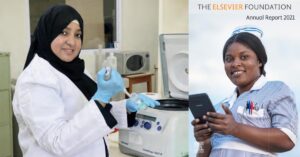 Partnering for sustainability: a new approach for a new world

After 5 successful editions of the Elsevier Foundation Green & Sustainable Chemistry Challenge, and thousands of proposals from around the ...
Read More 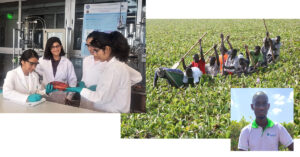