Teaching and learning with African scientists 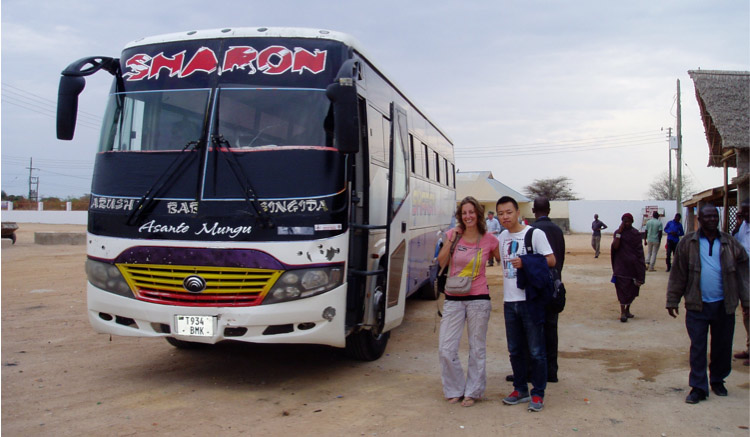 As an editor, finding hidden gems requires dedication and collaboration, no matter where you are

Like many people, I had never heard of tanzanite until I saw it at a museum. Tanzanite, or blue zoisite, is a gemstone found exclusively in Northern Tanzania; it’s rare and was discovered only about 50 years ago. The processed gem is prized for its intense blue-purple color, which is not as remarkable in the raw stone; I was impressed by the miner and geologists who had first picked up this rock and seen its value.

Transforming the raw stones into gems requires not only cutting and polishing, but also heating to improve the color. Looking at the specimens in the museum, I reflected on my role as an editor: to seek out the gems that contribute to our scientific understanding and help them shine.

Aside from the tanzanite and a number of other natural resources, I did not see many signs of wealth in Tanzania. I had come here as a volunteer for Publishers Without Borders to share my experiences as a Scientific Editor at Cell with academic editors in Tanzania. When I first arrived, I met Maaike Duine, the ground coordinator for the program, who gave me an introductory crash course on academic publishing in Tanzania. It was clear right away that there are two major obstacles facing scientific publishing in Africa: resources and community.

The material things that I take for granted in my work, such as an online submission system and access to databases and libraries, are either nonexistent or patchy at best in Tanzania. Even more importantly, in Cambridge, Massachusetts, I am immersed in a culture of science; a large pool of potential reviewers send comments on manuscripts in a timely fashion, I routinely attend scientific conferences and meet leading experts, and I am surrounded by other editors and publishing staff who support the work I do. No equivalent culture exists in Tanzania, and many scientists and editors operate without a network of peers and colleagues, giving them little opportunity to build a vibrant scientific community. (…)

Read the full article about Steve’s experience in Tanzania here: