Helping survivors of spousal abuse in Palestine – on their own terms 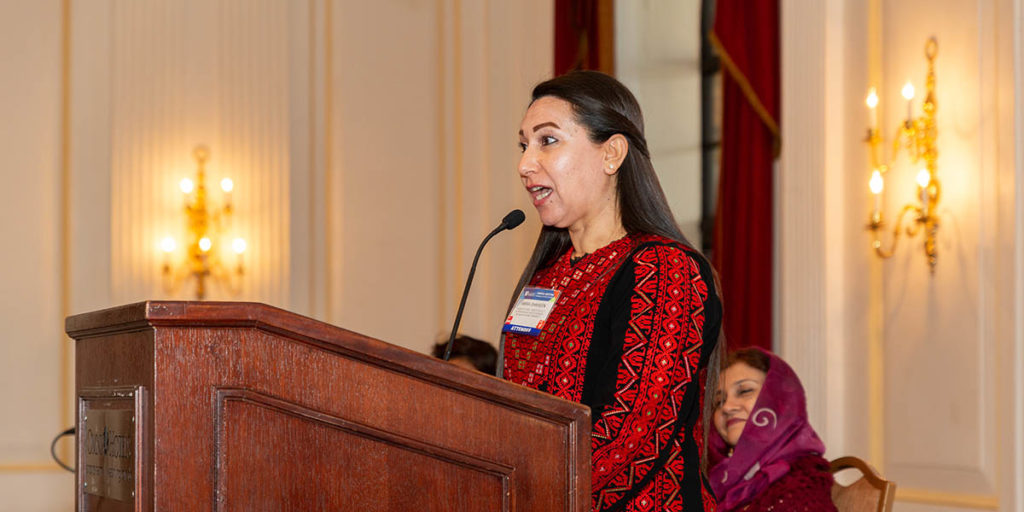 Dr Amira Shaheen, Assistant Professor of Epidemiology at An-Najah National University in Palestine, accepts a 2019 OWSD-Elsevier Foundation Award for Women Scientists in the Developing World at the AAAS 2019 Annual Meeting in Washington, DC.

Nearly one in three women worldwide experience physical or sexual violence from an intimate partner over their lifetime, according to data from the World Health Organization. As Dr. Amira Shaheen learned, the numbers were the same in her native Palestine.

But as often happens in public health and epidemiology, the numbers don’t tell the full story.

While some countries have robust support systems for victims of gender-based violence (GBV), and laws that require health professionals to report suspected abuse, that’s not the case in Palestine. To compound the problem, societal norms mean that many women will not report abuse. “We found out that women don’t want to leave their husbands – they want to keep their family together,” said Amira, Assistant Professor of Epidemiology at An Najah National University (ANNU) in Nablus, West Bank. “And part of it is because society does not look (favorably) on women who are divorced, so they didn’t want to be labeled as divorced.”

Amira knows this because she has interviewed many women in this situation. It’s part of a research project she has undertaken to enhance primary healthcare’s response to violence against women.

Peer-reviewed publications on GBV in Palestine are limited. The only survey, published in 2011 by the Palestinian Central Bureau of Statistics (PCBS), indicated that the prevalence of married Palestinian women who were exposed to any type of violence was 37 percent, which is is inline with global statistics.

Read more about her work in the Elsevier Connect article: Helping survivors of spousal abuse in Palestine – on their own terms by Alison Bert.