The Elsevier Foundation team works closely with communities of experts in the fields of sustainability. We are grateful for their valuable insights and support as we build and shape our programs to positively impact the UN Sustainable Development Goals.

David is a close advisor to the Elsevier Foundation. He served as the Senior Vice President of Elsevier’s Global Communications group from 2006 – 2013 and helped shape the Foundation’s decade long programs to advance women in science, build research capacity and reduce the global nursing shortage. David also retired from Elsevier in 2013 where he served as Senior Vice President of Elsevier’s Global Communications group for seven years. Previously, David was with Merck & Co., Inc., where he had primary responsibility for corporate external communications, corporate responsibility, corporate advertising, employee communications, publishing, and the Merck Company Foundation. Mr. Ruth also served with the U.S. Department of State under the Clinton Administration, where he was appointed Senior Coordinator for Business Affairs; and the American Express Company, where he held a number of positions in public affairs and communications in Asia, Europe and North America. Mr. Ruth earned a Master’s degree from the Columbia University School of International Affairs, with a specialization in international economics, and a Bachelors degree from the University of Wisconsin.
Show
Hide

Barbara Aronson is retired from the Library of the World Health Organization (WHO) in Geneva, where she founded and managed the HINARI Access to Research Initiative. HINARI is a ground-breaking WHO programme which enables free or almost free access to international journals for more than 100 of the world’s poorest countries. Before coming to WHO in 1989, Barbara Aronson was systems librarian at the Library of the Faculty of Medicine, Ben Gurion University of the Negev in Beer Sheva, Israel. She earned her graduate degree in librarianship at the Hebrew University in Jerusalem.
Show
Hide

Karen Hunter retired as Senior Vice President at Elsevier and continues as a consultant there. With Elsevier since 1976, she was for much of that time in corporate strategy and focused on the migration from print to electronic. The earliest e-efforts were in the late 1970s. In the 1990s Hunter led the TULIP project (the first large experiment in online journal use) and was the team leader for the creation of ScienceDirect, Elsevier’s principal online platform. She has specialized in the research library market and in policies affecting that market. She was an early advocate for digital preservation programs. Hunter is currently on the board of the Copyright Clearance Center and has been on the boards of CrossRef, the International DOI Foundation, ORCID and CLOCKSS. She is a member of the Association of American Publisher’s Copyright Committee. She served as a member of the National Research Council’s Committee on Intellectual Property Rights and the Emerging Information Infrastructure. Hunter has an undergraduate degree in history from the College of Wooster and graduate degrees in history, library science and business administration from Cornell, Syracuse and Columbia universities respectively. Before Elsevier she worked for Baker & Taylor book wholesalers and Cornell University Libraries.
Show
Hide

Donna J. Dean, Ph.D., is a consultant on leadership and talent development. She has presented more than 60 workshops and seminars at universities and professional meetings in the past three years on those topics, many in her roles as Executive Consultant to the Association for Women in Science and Career Consultant to the American Chemical Society. Prior to 2010, she was Senior Science Advisor for five years with Lewis-Burke Associates LLC, a government relations firm. She has 27 years of experience in research and science policy at the U.S. National Institutes of Health and the Food and Drug Administration. Her training includes the B.A. in chemistry (Berea College), Ph.D. in biochemistry (Duke), postdoctoral research (Princeton), and executive leadership (Harvard JFK School of Government). Recent honors include the Berea College Distinguished Alumnus Award for her career achievements in the public sector and advocacy for underrepresented groups in science and engineering. She is a fellow of the Association for Women in Science, AAAS, American Institute for Medical and Biological Engineering, and Washington Academy of Sciences. Dr. Dean has been a pivotal leader on scientific and technical workforce issues, in women’s health, and in career development strategies for young scientist. She has written two books, “Getting the Most out of Your Mentoring Relationships: A Handbook for Women in Stem” (Springer 2009) and “Equitable Solutions for Retaining a Robust STEM Workforce: Beyond Best Practices” (Academic Press, 2014). She currently is on the Advisory Board for the AAAS Center for Advancing Science and Engineering Capacity and the Senior Women’s STEM Council, University of Maryland.
Show
Hide

Barb Friesth, Ph.D., is a faculty member in the Community and Health Systems Department at Indiana University School of Nursing (IUSON). She also serves as the Assistant Dean of Learning Resources at IUSON, where she is responsible for providing leadership and vision for the integration of instructional technologies into curricula of the IUSON programs, including online, distance learning, and simulation. Dr. Friesth received her BSN from the University of Wisconsin-Milwaukee, and her PhD from Indiana University. She has extensive teaching experience at both undergraduate and graduate levels, and is an expert in the use and implementation of numerous instructional technologies. Dr. Friesth currently serves as a co-investigator on a HRSA grant entitled, “Developing Clinical Nurse Experts and Leaders through a DNP” (Riner, PI), and has previously served as a co-investigator, evaluator, and consultant on prior HRSA grants related to distance accessible graduate nursing programs.

Tony Forrester, Ph.D., R.N., ANEF, is Professor and Senior Associate Dean for Academic Affairs and Administration in the School of Nursing at Rutgers University (formerly the University of Medicine and Dentistry of New Jersey) and is Clinical Professor in the Department of Environmental Medicine at Rutgers’ Robert Wood Johnson Medical School. He is also Professor in Residence — Interdisciplinary Health Research Consultant at Morristown Medical Center.

Dr. Forrester graduated from the University of Texas System School of Nursing (1975; Fort Worth) with a B.S.N., and from the University of Texas at Arlington with an M.S.N. (1979; Arlington), and from New York University with a Ph.D. in research and theory development in nursing (1984; New York). Dr. Forrester is a widely known scholar, serves as a peer reviewer for a number of professional/scholarly nursing journals, and has published extensively on a wide range of topics, including: HIV/AIDS; critical care family needs; aggressiveness of nursing care at the end of life; gender-related health, including minority men’s and women’s health; falls risk assessment and prevention in the acute care setting; physical restraints management; and nursing history. He is a Fellow in the National League for Nursing’s Academy of Nursing Education. He is an active member of a number of professional and scholarly associations including the: American Nurses Association, New Jersey State Nurses Association, and Sigma Theta Tau International (STTI). Dr. Forrester is currently serving as a faculty advisor for the STTI Nurse Faculty Leadership Academy (NFLA).

Laura Cox Dzurec, Ph.D., PMHCNS-BC, served as dean and professor at Kent State University’s College of Nursing from July 2006 until July 2013, returning to faculty to pursue teaching and research in workplace dynamics, especially workplace bullying phenomena. She served as Dean at the University of Connecticut from 2000 to 2006, and was associate dean and professor of the Oregon Health Science University School of Nursing between 1996 and 2000. She has held academic posts at several universities, including: The University of Maine, The Ohio State University, Kent State University, and Case Western Reserve University. She earned her BS at the University of Connecticut, her MS from The Ohio State University, and her PhD from Case Western Reserve University. Her research expertise is in qualitative methods and post-structuralist approaches.
In addition to serving as an adviser with Sigma Theta Tau’s Nurse Faculty Leadership Academy, Dr. Dzurec serves on numerous advisory boards, panels, and committees within and beyond the university. These include her service as an abstract and award reviewer for the American Nurses Association, Sigma Theta Tau, and the American Psychiatric Nurses Association; a recent member of the local Advisory Council of the Partners Investing in Nursing’s Future Project (Expanding the number of non-traditional nurse educators through online education); Vice-President of the Board for the the Area Agency on Aging 10B and for the Greater Cleveland Hospital Association/Center for Health Affairs Steering Committee. She has served on numerous AACN subcommittees and as the president of the Ohio chapter of the American Psychiatric Nurses’ Association between 2011 and 2013.

Ainslie Taylor Nibert, RN, Ph.D., FAAN, is a nationally-recognized expert in nursing testing and measurement who creates standardized exams, online remediation content, and licensure/certification exam preparation materials supported by peer-reviewed, published reports of evidence-based outcome achievement for academic nursing and allied health programs. She is the Senior Vice President and General Manager, Review and Testing, producing the HESI computerized testing program, within the Education division of Elsevier, Inc., the world’s leading provider of science and health information. Dr. Nibert, a Fellow in the American Academy of Nursing, earned a baccalaureate degree in nursing from Texas Christian University, a master’s degree in nursing from the University of Texas Health Science Center-Houston, and a PhD in nursing from Texas Woman’s University. A member of Sigma Theta Tau International Honor Society of Nursing, she serves as a Faculty Advisor for the Nurse Faculty Leadership Academy and is a Virginia Henderson Fellow. Her previous employment includes: staff development coordinator, nurse manager, director of research, clinical adjunct professor, associate professor, and baccalaureate nursing program chair. Her articles appear in several journals, including CIN: Computers, Informatics, Nursing, Journal of Nursing Education, and Nurse Educator. 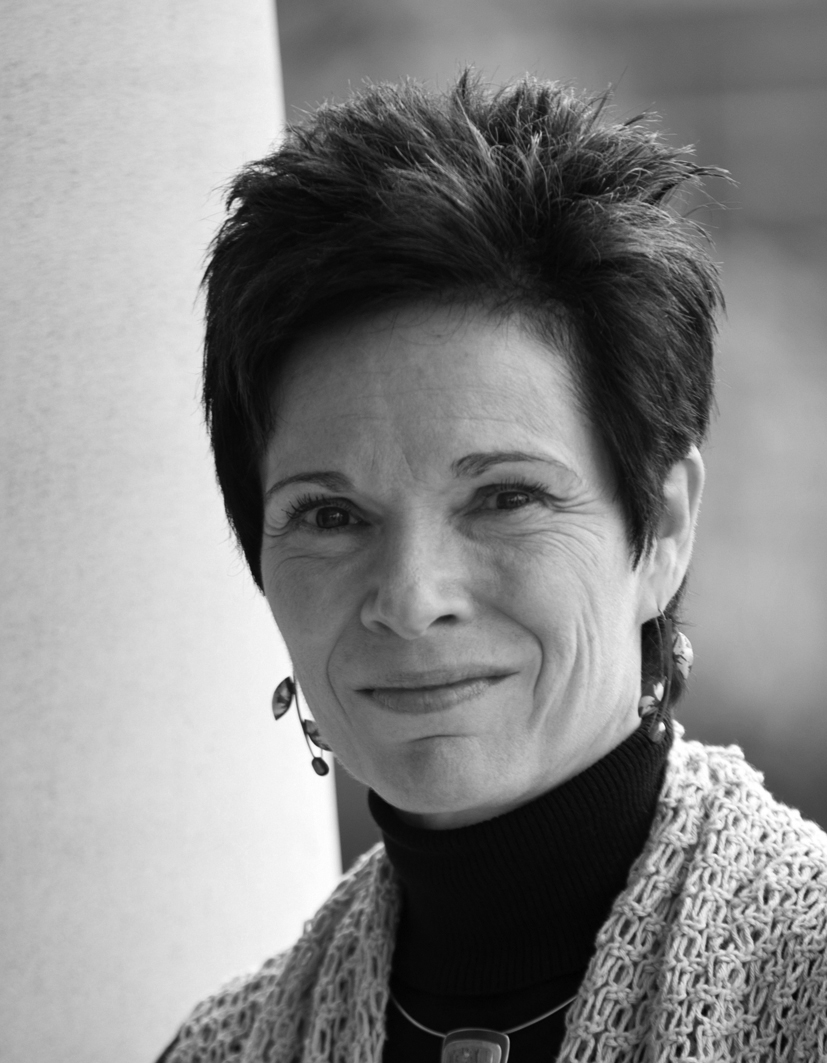 Barbara Patterson, RN, Ph.D., ANEF, is a Professor and Director of the PhD Program in the School of Nursing at Widener University. She received a diploma in nursing from Millard Fillmore Hospital School of Nursing, Bachelor of Science in nursing from D’Youville College, MSN from University of Southern Maine, and PhD from the University of Rhode Island. She has teaching experience with pre-licensure nursing students in advanced medical-surgical nursing, gerontology, and research and with doctoral students in qualitative research, nursing science and theory, leadership, as well as dissertation advisement. Dr. Patterson is Chair of the Institutional Review Board at Widener. Her research and publications are in the areas of social support and aging, nursing students who are male, evidence-based teaching, and leadership. Her current research is in the area of leadership competencies for leaders in nursing education. Dr. Patterson is Chair of the Research Review Panel for the National League for Nursing, which reviews research grants for nursing education. She is also the Research Briefs editor for Nursing Education Perspectives.

Carol Winters, Ph.D., RN, CNE, is a professor of nursing and Director of the Nursing Education Concentration in the MSN program at East Carolina University in Greenville, N.C. She was the former dean of the School of Nursing at Hawaii Pacific University for 16 years and has traveled and learned in Japan, Norway, Spain, Canada, New Zealand, England, France, Germany, Scotland, Austria and Nepal as well as cyberspace.